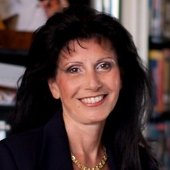 English Counselling - The narration of a personal story

Language represents a key aspect in our daily dealings with friends and co-workers for its ability to afford us a sense of timing when acting upon social cues, rendering us more active participants by way of our appreciation of humour, in the sharing of ideas and opinions or in making our professional contribution in the workplace. However, perhaps most importantly, it is language and the words we choose when speaking which allow us to engage others most intimately. To narrate our story. It is from this narration that the counselling session commences.

In Victorian England, early signs of social re-dimensioning accompanied a genesis of narration. English literature experienced a ‘coming of age’ with the development in novels of the period of protagonists who had long been imprisoned in outmoded stereotypes. As women began to claim a more visible place on the literary scene with the emergence of such authors as George Eliot and the Brontë sisters, readers were introduced to forms of narration which, before then, had been conceded little or no room to surface.
Yet the era was not without its contradictions. As the century drew to its close many who had witnessed the spread of industrialisation were feeling themselves less protagonists of their destinies, increasingly dwarfed by the unstoppable wave of progress. Tennyson’s cogent message to his generation has the aged Ulysses boldly inviting his mariners to take to the seas once more for a final voyage. Indeed, the dramatic monologue with which our Homeric hero becomes here associated wows us into believing that his efforts to spur his old companions to action would almost certainly have met with success. The concluding lines of the poem leave us in no doubt as to the arresting power of language at a time in which consumers of poetry and prose were slowly realising that they were no longer simply readers of great writers as it was the literary works themselves which had begun, instead, to read them.

For many first-time English speakers in Italy, as with all neo-speakers of Italian who are grappling with their limitations in using the language, initial difficulties in conversing comprehensibly with proficient speakers has its own set of problems. Although some are likely to see things differently, among my own first impressions I would have to include the quality of my social interactions inasmuch as the language question influenced the extent to which I could ‘be present’ to those about me and in the situations in which I found myself. Few of us in Europe are new to the game of inventing strategies to circumvent or overcome ensuing misunderstandings by either gesticulating as necessary or else, when appropriate, by activating comical nuances. However, as to the ‘content’ of verbal transactions any subsequent reflection, however thorough, runs the risk of being disappointingly partial. Until we master the language of our interlocutors the narration of our experience is rendered incomplete, with the result that in many instances our stories, too, remain untold.

The fact that, as newcomers, we carry the memory of leaving somewhere with the intention of making a new home in another place gives us a peculiar relationship with time as well as a dynamic sense of space. Our relationship with time is often marked by an approach to chronology which divides the then from the now such that the now obstinately remains the preference. Indeed the now is continuously chosen and re-chosen not so much to negate what has been left behind as to find a space in the present within which the original choice to leave and resettle elsewhere may be re-endorsed and more securely rooted within the new reality in which we, who have chosen to be connected to a new geographical identity, presently find ourselves. Our sense of space, on the other hand, becomes the stage upon which we must recite our part : that ‘place’ which we must continue to conquer, and maintain, in order to perform convincingly, in order to make that winning appearance by which our role may be accorded credibility, may gain permanence.

My own experience indicates that it is at this point that the option for counselling becomes important. In committing their story to words, various clients have succeeded in simultaneously interpreting the past in a narration which extends beyond chronology and into a redefinition of how bygone events acquire significance in the present. It is in the light of this present that the narration of their stories invests with new dignity the entire course of their passage in time until now. In subsequently according greater or lesser importance to those events held to represent key moments along their journey, often they begin to assume greater responsibility for their emotional state and, in taking fresh charge of their social and/or professional integration, to make more precise selections in carrying forward their decision-making for the future.

Finally, with a refreshed and less threatening outlook on time and space, I have found clients better equipped to mobilise and to reactivate previous experiences which they deem most constructive in the present. In the more successful counselling programmes clients become progressively more alert in identifying areas which warrant longer periods of accompanied reflection (and so narration) and which necessitate more patient attention on their part.
Potrebbero interessarti ...
CHIUDI